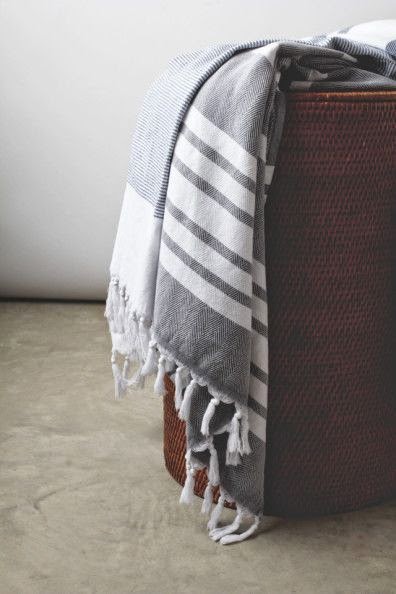 
I had the pleasure of visiting Brooklyn a couple weeks ago. Had I been more organized and able to pick my jaw up off the floor (the people! the style! the vibe!) I would have documented it a little better - I was just so in the moment.

One of the highlights was visiting the Brooklyn Flea, a weekly market by the waterfront in Williamsburg. OH MAN - if I had limitless cash and a way to take more stuff home with me I would have. This place had some FINDS.

I could only come home with a couple small things, and one of them happened to be a Turkish (or "Hammam" or "Peshtemal") towel.

This really cool couple was selling them, in all colours and textures. They told me they were really absorbent - I was skeptical. They told me I could take it to the beach - I guffawed. But they had this cool minimalist look to them and were incredibly soft so I went for it and bought one.

I took it to the beach. 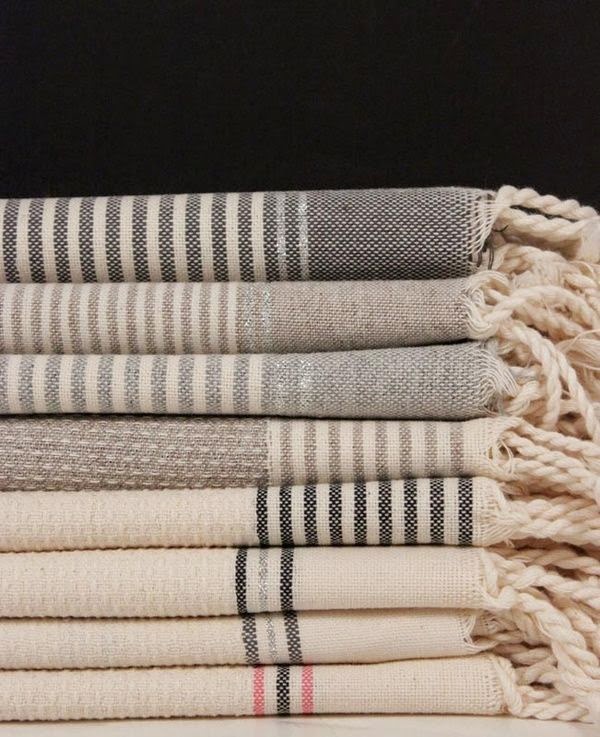 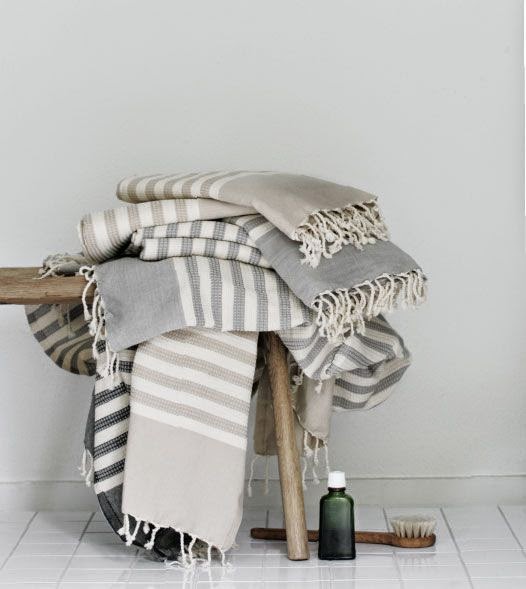 Some of them are thinner and almost like a table cloth, others are slightly more plush and almost quilted. Point is, they look awesome. I love the sort of nautical stripe and how striking they look in their simplicity. 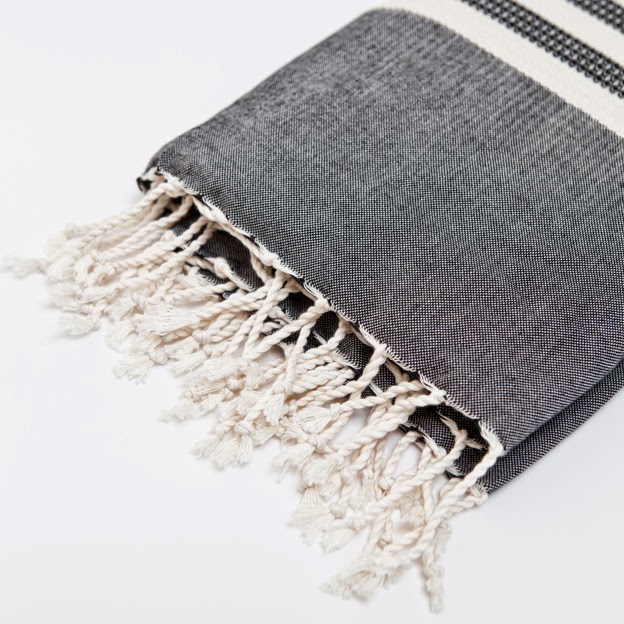 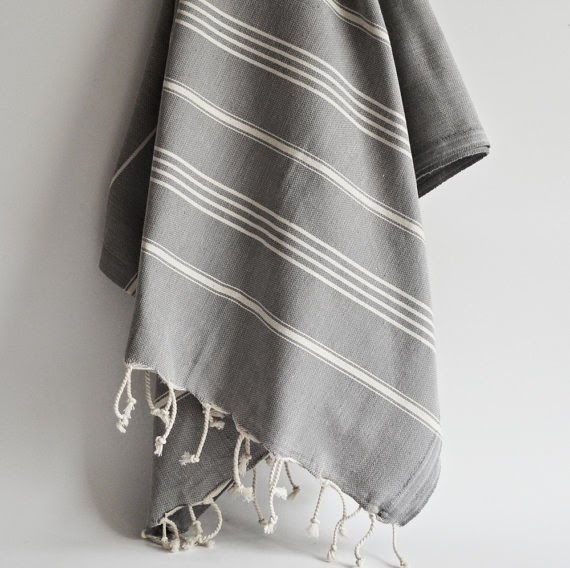 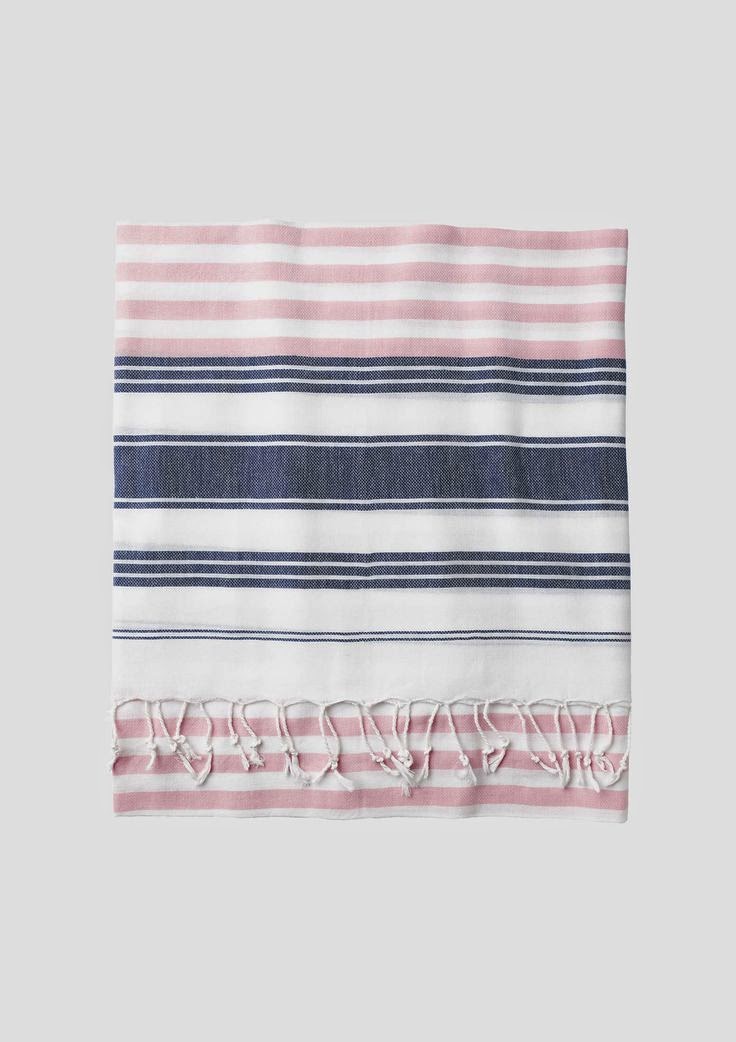 I'm really into this pale pink and navy - for some reason it seems really edgy.

The vendors said they can be used not only as towels, but also blankets, throws, and even scarves in the winter. I've even layered mine with my bedspread and it looked awesome. Pretty good bang for the buck I'd say.

Not only do they look cool, they also bring a bit of luxury, a touch of the exotic, and the right amount of worldliness - as though they were picked up while away in some far off destination. All of this without being too flashy.

So, are you ready to step up your shower game?

Email ThisBlogThis!Share to TwitterShare to FacebookShare to Pinterest
Labels: #thewant\